BRISK Spark Plugs score at the US MXoN


After this year’s Motocross Nations Championship, BRISK will be resonating loudly for a long time. The venue was the American motocross track Red Bud MX in Buchanan (Michigan, USA). The largest motocross track in the Midwest is located north of the city, surrounded by fields a agriculture. There were plenty of riders with KTM, Husqvarna Motorcycles and GASGAS machines at the races. And as is already generally known, these machines are fitted with Czech BRISK Spark Plugs. The riders of Factory Racing did extremely well, and so 8 places out of the TOP 10 were taken by motorcycles riding BRISK spark plugs. 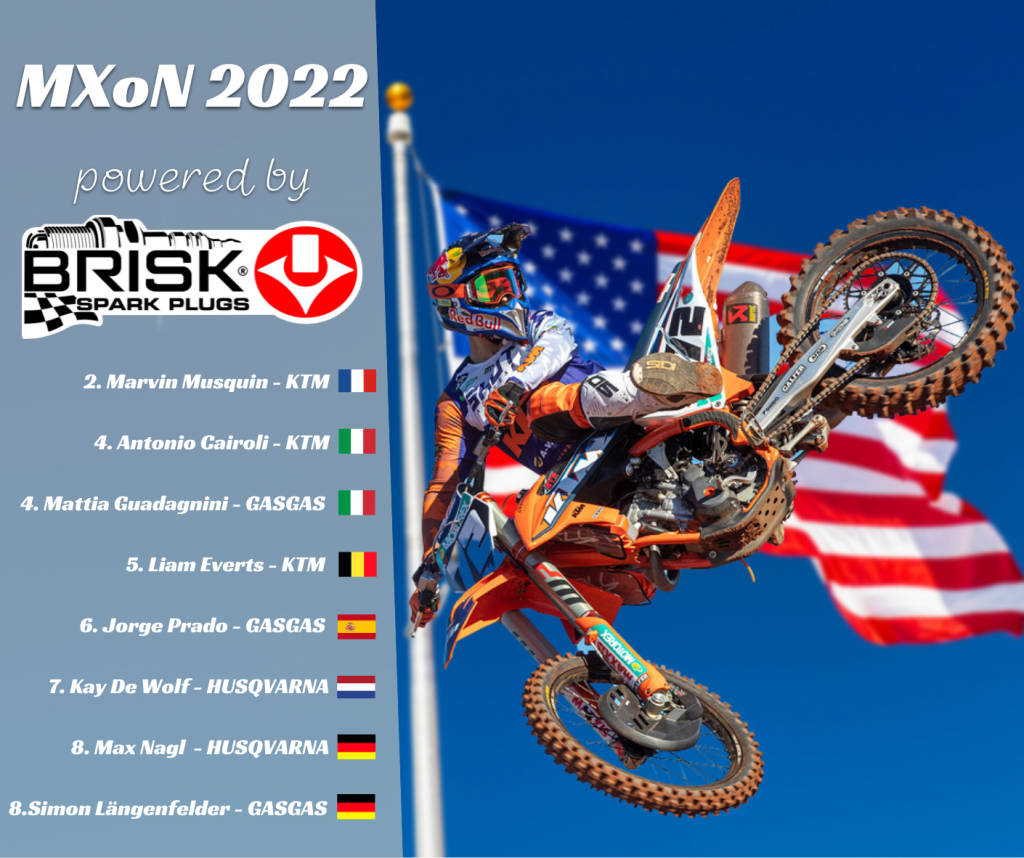 The most successful was Marvin Musquin from France, who placed 2nd. Silver medalist Marvin Musquin said in an interview: „The track conditions were tough. I wish we could have raced on the same track as yesterday. I’m disappointed because we wanted to win. Thanks to everyone and my teammates!“

However, competitors from Italy can be also proud at themselves. Mattia Guadagnini on the GASGAS machine and nine-time world champion Antonio Cairoli. In 2021, Tony announced that he will end his rich riding career, which has included an incredible 18 professional seasons. However, at the Nations Championship, we could see this KTM factory rider racing on a moétorcycle fitted with BRISK Spark Plugs.

With number 17, 18-year-old Belgian rider Liam Everts took fifth place on a KTM motorcycle. The Spanish rider Jorge Prado finished in sixth place. He amazes motocross fans with his performances, just like Liam Everts. On his jersey in the national red and yellow colors was number 46.

Another rider from the Benelux countries – Kay De Wolf – placed in the TOP 10. He eventually won seventh place with his Husqvarna. Just the same like German motocrosser Max Nagl that also showed off with Husqvarna. But not only Max Nagl did well. So did also Simon Längenfelder, who is a motocross virtuoso from Germany as well.